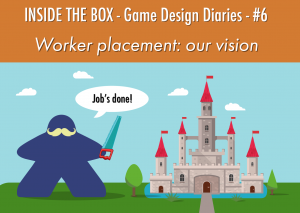 Worker Placement: “Gaming mechanism that involves individual players’ actions chosen from a set of actions available to all players. In each round one player at a time, in turn order, chooses until everybody has had the chance to make a choice. There is usually a limit on the number of times a single action may be taken. Once that limit for an action is reached, the action can’t be taken for the remainder of the round or until the action is refreshed. As such, not all actions can be taken by all players in a given round, and “action blocking” occurs.
Typically, actions are selected by placing meeples on them. Each player has a limited amount of actions and, in theory, these pieces usually – but not always – represent their workers.
To sum up, gamers place workers to select one of the available actions.”

Since the beginning of our partnership with Placentia Games as consultants and then when we acquired the brand, we have had the opportunity to put our hands on substantial games that incorporated in their structure this mechanism that euro gamers love so much.
Often, in our Placentia games we find engaging and peculiar solutions for the selection of the actions, but workers’ placement is still an excellent way to provide gamers with interesting choices and a good level of interaction. 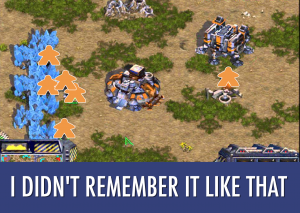 And let’s admit it, seeing your own empire rise thanks to your meeples’ hard work is quite satisfying, it takes you back in time to when you were playing real time strategy videogames (above all Starcraft).
Like other mechanisms well known by passionate gamers, such as draft and area majority, worker placement is a recognizable genre (hence quicker to explain), but by nature It includes many variables and customizations, depending on the type of experience that you want to trigger.

Talking about our two main worker placement games: Florenza and Shogun no Katana, the use of this mechanism is almost the opposite, while in the first one the worker placement is at the heart of the game, and the gamers’ mental effort mainly revolves around it, in Katana the main focus is about building katanas which happens in the forge, and workers have a side role: there is some level of interaction between players on the main board, but to a much lower extent in comparison to Florenza (it becomes more central playing the Wandering Characters expansion, which adds engaging players dynamics!).

In Florenza almost all the slots where you can place your workers (actually, your family members!) are unique and exclusive. Moreover, the actions are taken after all the meeples have been placed. This implies calculating timing thoroughly and cautiously and paying close attention to the opponents’ actions. Moreover, one of the main aspects of the game is the option to place your kinsmen on other players’ buildings, so that there is more interaction (a possible strategy is to build buildings that might attract others in your own district, so that they place their kinsmen there and give you victory points in exchange). 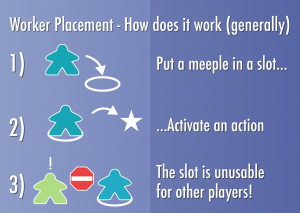 In Shogun no Katana on the other hand, each action has more than one allotted space, putting less pressure on players’ choices, even though in more advanced stages there can be a lack of spaces availability, then you also have to pay attention to this aspect. Moreover, actions are taken immediately, so that they don’t become too complex, moving the focus away from the core of the game i.e. the player’s forge. In this case, worker placement is a mechanism aimed at creating an interesting game interaction, this aspect wasn’t needed neither in Kepler 3042, due to its setting and its pacifist spirit, nor in Wendake, where the interaction is created directly by conquering territories.

What we like most about worker placement is that it is a really versatile system, that can be immediately understood by everybody, it easily balances itself, and it allows a certain flexibility in the game development: as we explained in this article we soon understood that too strict balancing makes games sterile and doesn’t allow gamers to visualise a goal or a game direction. Worker placement is ideal for this type of process: you start adding actions that work in the same way, balancing them so that they have the same strength, afterwards you can add spaces that work differently, finding the widest variety of solutions to provide the game with diversity.
Sometimes we do it to make the game less punitive, for instance, in Florenza managing the family activity is accessible to everybody without restrictions, while the Market is accessible to everybody but with the limit of one kinsman each. 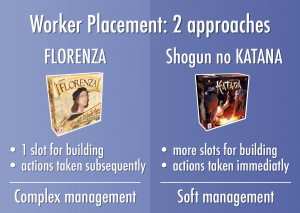 They are both weaker slots than the rest, but they make it possible to easily adjust your strategy, achieving small results that can be extremely precious to make ends meet in a game in which super precise planning is fundamental.
In Katana we opted for adding the Monks, i.e. more powerful workers, who trigger additional effects which can be used only paying a certain amount of money. Thanks to this you can make tactical moves or elaborate additional strategic variations to the usual ones with the basic workers, without adding “weird” action slots.

At the end of the day, for us, worker placement is an excellent tool, and we will keep using it. However, We always put some boundaries: the first, obviously, is that there cannot be dominant strategy or obligated moves, the second is that all the game’s effects, even the most bizarre and different from the usual, must always have an explanation that is coherent with the setting, they must never look artificial, only added to make ends meet. That’s not how we like to work.

Dear Post Scriptum blog readers, are you curious about the development of a game, or you would like to know what we think about a game mechanism or a game type? Feel free to ask us any question and we’ll reveal our most mysterious secrets!

Are you curious to learn more about worker placement and much more from the Post Scriptum world? Follow us on our Telegram Channel!