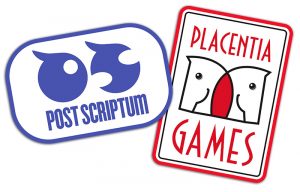 Placentia Games was a publishing house in Piacenza (Italy), born in 2010 thanks to the passion and audacity of Franco Arcelloni, Sandro Zurla, and Stefano Groppi. Starting in 2016, it became a Post Scriptum brand.

The three founders wanted to market new high-complexity resource management eurogames, aimed at the most hardcore of gamers, with strong rules and perfectly balanced gameplay, while maintaining respect for the setting and aesthetic appeal.

Since their first game – Florenza by Stefano Groppi, illustrated by Ivan Zoni – the Placentia team has proven to be attentive to every detail, from careful historical and philological research to wonderful illustrations—elements that create a unique and compelling game experience.

As for the editorial work itself, since the beginning Placentia Games has relied on the Post Scriptum team, which mainly worked on game balancing and the design and development of the product in respect to components and playing materials.

The result of these joint efforts led to great satisfaction for everyone, as Florenza won the award in the category of Best Editorial Product at the Best of Show 2010 at the Lucca Comics & Games fair. Florenza was also included in the Ideal Game Library 2011, and both the first and the second edition were sold out in no time.

After this excellent debut, Placentia Games continued on this path with other well-finished games, always accurate in rules and setting and with great attention paid to the graphics and playing materials. 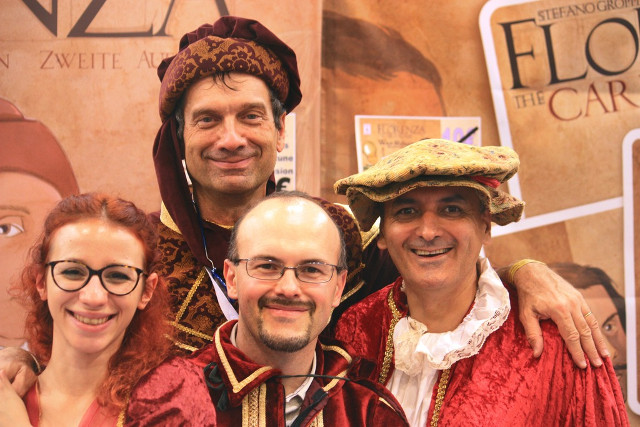 In 2016, the second phase in the history of Placentia Games began: Franco, Sandro, and Stefano handed over the entire publishing management to Post Scriptum, which aims at using the brand to deliver games through Kickstarter. The founders continue to stay on as supervisors and passionate playtesters, their opinions still fundamental to the development of any game.

Review the Kickstarter campaign
of our last game!

Placentia Games in our catalog